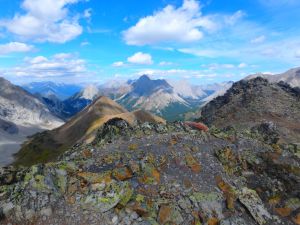 If visiting on weekends in late September/early October expect the Highwood Pass parking lot to be full and overflowing along both sides of the once lonely highway.  Those lucky enough to arrive midweek may have a few spots to choose from, and if the weathers terrible, you could have it all to yourself… and the grizzlies.

Before you begin, take a moment to recognize and pay homage to this enchanted place.  Few places in Kananaskis Country fill the heart and satiates the spirit in the way this route does.

Already done that?  Try the reverse trip which offers more elevation gain and the feeling of climbing high to the mountain tops. 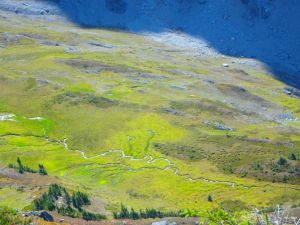 Or for those content with endless hours of wandering through ridges, scree barons and pika filled meadows complete a epic loop starting and ending a the Little Highwood Pass day use parking.  Trudge up the north end of the ridge, cruze the ridge crest up high through the larches and a few peaks to it’s south end above the Little Highwood Pass.  Descend west to the Little Highwood pass and head northwards down the valley through meadows below the Elk Range.  Enroute to the Little Highwood Parking lot, you’ll pass through rock fall lake which is a wonderful mudflat later in the year.  Continue south down rock fall valley with ancient boulders surrounded by subalpine spruce, larches and Englemenn before reconnecting with your original trail to the parking lot at the base of the north end of the ridge.

A Highwood hotspot for Grizzly Bears we ran into a sow with cubs upon both our visits to the area in late June and early September.  And last week there were fresh tracks in the snow up high along the trail in the larches.

Our first Grizzly encounter in June was fittingly in the rock fall meadows area beneath Grizzly Col at the base of Pocaterra Ridge’s south end, then while climbing the south ridge towards the south summit where she got a little too excited for our liking, forcing a return to the car.

This September we saw her again but this time we were on the ridge top itself.  We noticed a few dark shapes ripping around at the bottom of the south summit heading north along the ridge toward us.  After binoculars were taken out and steadied we saw the three of Grizzlies (a sow and two cubs) tear down the western slope of Pocaterra at full speed, kicking up dust and tumbling scree as they went.  Over the next five minutes we watched them run through the meadows and narrows north of the little highwood pass to reach Rockfall Lake where they hid in the trees.  As we proceeded along the ridge crest to the north we hear cubs calling and running in circles around the dry lake bed until they disappeared from view after we passed through the larch forest.

The ridge is named after the crazy Toscanesi, Giorgio Pocaterra. An early mining prospector, rancher at the Bar D and Buffalo Head, and the only white person to ever learn the Stoney Nakoda language.  I’m assuming that the filled in mine shaft on the north end of the ridge in the trees is one of his making.  One of the most colourful characters in Kananaskis History.  See George Pocaterra.

Wether your hiking this ridge as the croci and glacier lilies bloom, as the sedum, forgetmenots and paintbrushes blow in the warm wind or as larch needles fall softly with the snow, the ridge of the little earth will never disappoint. 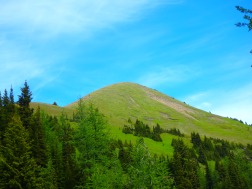 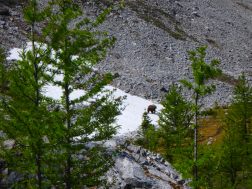 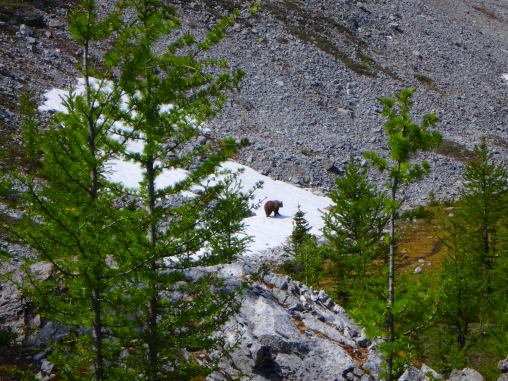 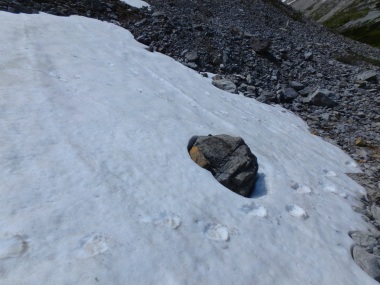 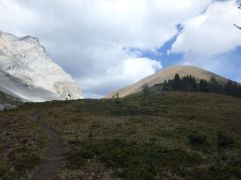 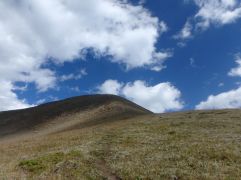 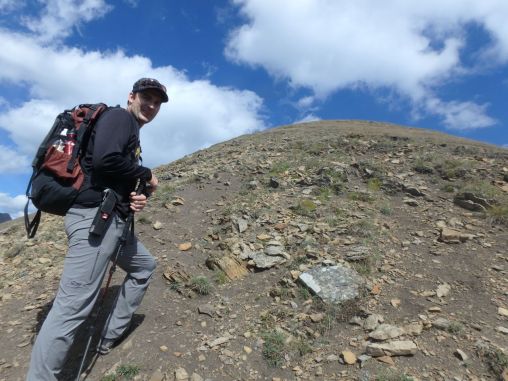 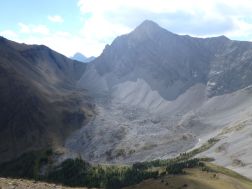 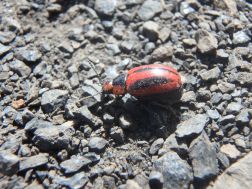 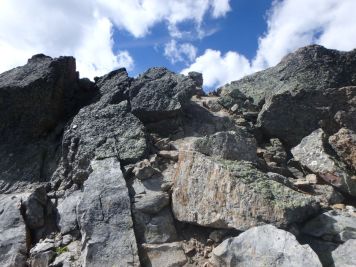 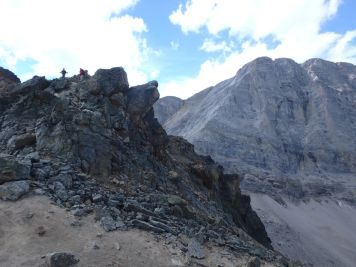 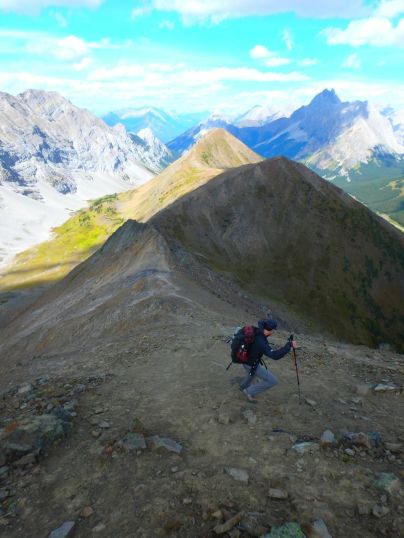 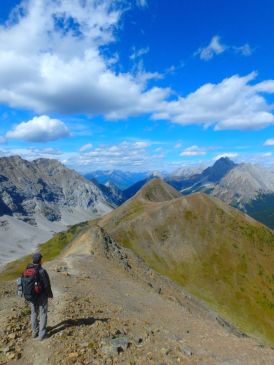 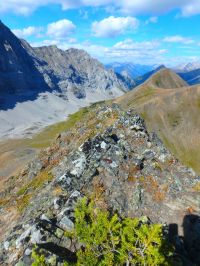 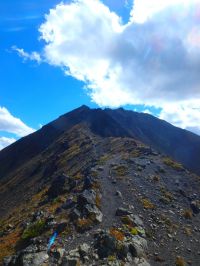 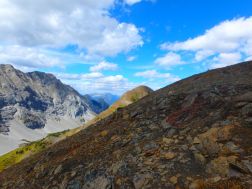 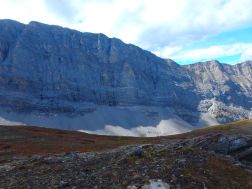 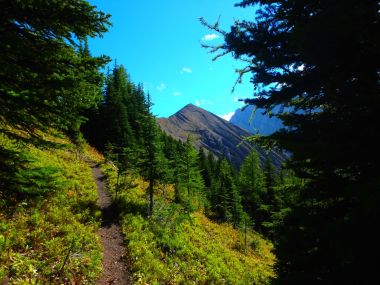 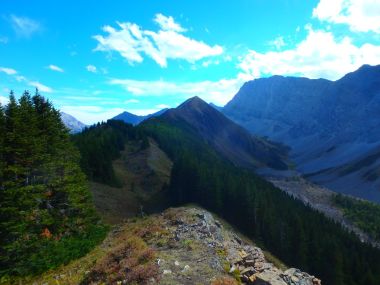